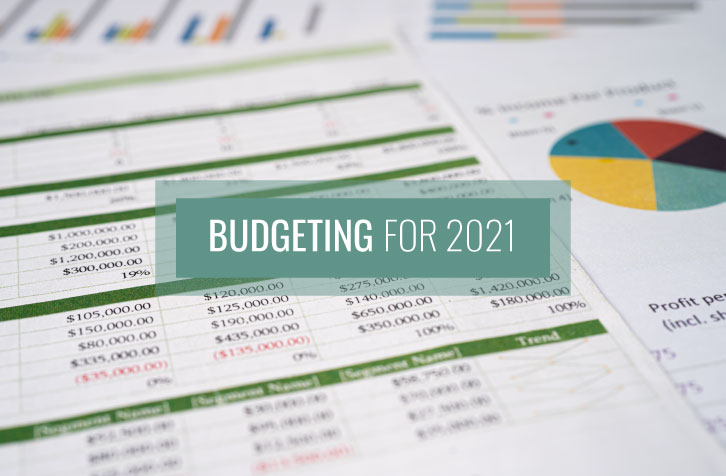 With even less certainty about future performance than normal, hoteliers are changing how they prepare a budget as they get ready for 2021.

By Bryan Wroten
REPORT FROM THE U.S.—This is around the time of year hoteliers are normally preparing their budgets for next year, but nothing about the current situation is normal.

As the coronavirus pandemic has thrown off expectations for most of 2020 and limited the usefulness of
historical data to guide the process, hoteliers are saying setting a budget for 2021 is a completely new experience.

It’s going to be a much different process than it has been in the past for all the obvious reasons, said Richard Jones, SVP and COO at Hospitality Ventures Management Group.

“There’s no operator and no owner that’s going to go into 2021 with an annual business plan and a budget that they can have any reasonable degree of confidence that it’s going to realize itself the way it’s planned out,” he said.

Changed timeline
The pandemic moved HP Hotels to ramp up its budgeting process about three months earlier than in normal years, SVP Jason LaBarge said. The company normally begins budgeting for the next year around September and then finishes up before the holidays in November and sends it to investment and ownership groups by 1 December.

This year, it makes more sense to start it earlier, he said. The hotels have limited staffing, particularly at limited-service hotels, so this will give the teams extra time to focus on the plan and dive into the market trends. It’s a local market business, even more so now as there’s less corporate travel, so the hotels are relying on local groups.

“We wanted to give the teams extra time to focus in on their current clientele at the hotels and to understand where that business is coming from and why and what they can keep going forward,” he said.

The plan also puts the budget in front of owners and investors sooner so they can figure out their long-term plans faster as well, LaBarge said. The industry is still running about 40% to 50% behind pre-COVID-19 occupancy levels, and there likely won’t be much change over the next 10 to 12 months. The goal is to give these groups an outlook that might be a bit pessimistic, but they can go back and readjust as needed because it’s better to get it in front of them sooner than later.

Taking a different approach, Peachtree Hotel Management President Patrick Short said his company will try to push its budgeting process as far as it can into the fall to give its 2021 budget the most up-to-date information possible.

“It’s changing very rapidly,” he said. “If there is a second wave or if there is another blip of some states rolling back their openings, we want to have that information in order to predict Q1 and Q2 of next year.”

Vesta Hospitality is also pushing back finalizing its 2021 budget, President Mark Hemmer said. Normally the executive team would be knee-deep in the budget by now and would have had its revenue expectations figured out and working on the business plans. This year, it’s difficult to figure out how September and October will turn out, let alone 2021.

The process
When preparing 2021 budgets, Peachtree will have more top-down direction than it has previously had to provide more guidance to its hotel GMs and sales directors, Short said. Senior leaders are following the industry closely and making their best efforts to figure out how 2021 looks compared to 2020 as well as how close they can get back to 2019 numbers.

HVMG has worked through the last several months to put together a process and methodology to forecast at a high level, Jones said. They have built models that can accurately project what a hotel’s performance will be based on different percentages of revenue compared to 2019 with the operating model and expense reduction initiatives installed at the hotel.

The team has developed some internal capabilities to show a range of outcomes based on actual revenue performance.

“It’ll be a very dynamic process throughout the course of the year,” he said.

Jones expects to be in a constant process of reforecasting and aligning its assumptions and projections through 2021 to be in sync with the actual trajectory of the recovery.

Managing costs
As Vesta Hospitality has gotten used to doing so much with so little, Hemmer feels the company can do anything with nothing. That means there are some positions at its larger hotels that won’t come back.

“As we start to plan for 2021, we are already having conversations about these people who are still on furlough,” he said.

Programs and initiatives at hotels tend to grow once implemented and rarely end unless something drastic occurs, he said. The pandemic is providing an opportunity to eliminate several of them.

“I suspect that we’re going to either skinny down or eliminate some of those nice-to-have programs that we’ve had in the past that really are more of a luxury,” he said. “Maybe they’ll come back in the future, but it’s not going to be for 2021 because we’re still going to be in the middle of the battle.”

Peachtree, along with everyone in the industry, has had to make reductions because of the significant drop in occupancy, Short said. The team has looked at 2019 and 2020 numbers to see what decisions on expenditures made an impact. The company reduced trash removal, for example, at each of its properties by half because occupancies were so low this year. The team will figure out at what pace it can increase trash removal as occupancy starts to grow.

They were able to get some concessions from some vendors on pricing, but that’s difficult for certain items, such as hand sanitizer, which saw its price jump compared to months ago, he said. They will look to see if prices are coming down on different products and how that relates to the company’s cost structure.

Expenditures will have to go through a filter to determine whether they’re essential, Jones said. That means they will need to show they are directly attributed to revenue generation and can improve the ability to drive revenue and market share. They must ensure safety and cleanliness standards to ensure the hotels are well-equipped and positioned to execute on guest expectations.

The return on investment could be the creation of some efficiencies or otherwise add value through more revenue, a better guest experience or establishing a leadership position in guest preference, he said.